You are here: Home / About Us

A Well-Respected Tae Kwon Do School in NH

Lamy’s Black Belt Academy is a well-respected Tae Kwon Do school in Southern New Hampshire. We believe in “building better lives through the martial arts” by training to develop character, confidence, integrity, discipline and leadership. Our academy offers classes for children and adults in a fun, family atmosphere.

Lamys Black Belt Academy was first established in Lebanon/West Lebanon, NH in 1994. When tragedy struck the Lamy family in 1996, the academy was closed. After a long four years, the Lamy’s re-opened their school on July 10, 2000 in Milford, NH. Then, in October 2009, the Lamy’s added a second location when they took over the Tae Kwon Do program in Peterborough, NH. In October 2015, the Lamy’s merged the Milford location with the Peterborough location and now teach classes strictly out of the Peterborough location. The academy is a family owned and operated martial arts school specializing in the ITF style of Tae Kwon Do.

In 2010, 2011, and 2013, Lamy’s Black Belt Academy was voted #1 martial arts school in the Souhegan Valley. Not only does the academy “build better lives”, but we also believe in building better communities. Our school has been involved in community related events since its inception. We have donated to many charities, organizations, and groups. We have also organized and ran fundraisers for several local, regional, and national charities and organizations including St. Judes Research Hospital, Habitat for Humanity, Milford Community Athletic Association, Souhegan Valley Boys and Girls Club, SHARE, Hospice House, Bridges: Domestic and Sexual Abuse Support, The River Center and more.

Master’s Paul and Amy Lamy are both 6th Degree black belts who have been studying and teaching Tae Kwon Do for over 30 years. They first started their training in 1990 while attending college at Johnson State College in Johnson, VT. Both masters have competed regionally, nationally, and internationally.

Master Paul J. Lamy is a four-time forms Grand Champion and an A.A.U. National champion. He has earned numerous medals and trophies throughout his competition years. Master Paul Lamy has also studied Iaido (the way of the Samurai Sword), Aikido (the art of locks, throws, and holds) in which he earned a brown belt, and Brazilian Jui-Jitsu (a grappling martial art) where he earned his Purple Belt.

Master Amy E. Lamy is an A.A.U. National Champion, winning a Gold Medal in Sparring as a Red Belt and several Silver and Bronze Medals. During her competition years, she’s earned numerous medals and trophies to add to her A.A.U. medals. She was even the runner up to her own instructor for Grand Champion in Forms in 1993. In March of 1996, Master Lamy Ma’am was paralyzed in an automobile accident, which forced the Lamy’s to close their first school in Lebanon, NH. Since her accident, after returning to the world of Tae Kwon Do, she earned her 3rd degree, 4th degree, 5th and 6th degree black belts as well as help re-establish their school. Master Lamy Ma’am is also an active instructor in the academy.

In simplest terms, Tae Kwon Do is the “the art of the feet and the hands” or the “art of kicking and punching”. The words “Tae”, “Kwon”, and “Do” each have their own specific translation. Tae means “to kick or smash with foot”. Kwon means “to punch or destroy with fist”. Do means “the art or way”. However, Tae Kwon Do is more than just kicking and punching. It’s philosophy is deeply rooted in personal growth both mentally and physically. Koreans believe it is a way of life. It is an art that focuses upon unarmed self-defense while also developing one’s self-discipline, sense of justice, humility, and moral character. Tae Kwon Do practitioners believe in eliminating the stronger’s oppression of the weaker through a power that is based upon humanity, justice, wisdom, and faith, therefore always striving to build a more peaceful world.

Tae Kwon Do is the most widely practiced martial art in the world. It was given its name in 1955 by General Choi Hong Hi. The forms practiced in Tae Kwon Do represent both people and events in Korean history. In 1966, General Choi established the International Tae Kwon Do Federation (ITF). It has been written that Tae Kwon Do’s origin comes from several different sources. There has also been much debate in whose writings are correct. All we know for sure is that there have been cave drawings that reflect ancient arts of combat and self-defense. One thing we do know is that before Tae Kwon Do got its name, the art was widely known as Tae-Kyon. Regardless of which literary source you read, we can all agree on that Tae Kwon Do is a martial art that develops the practitioner both physically and mentally as well as being a fun, family-oriented activity. 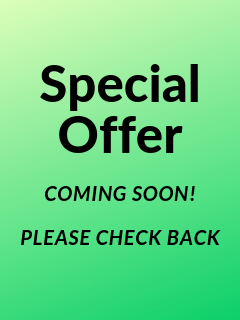